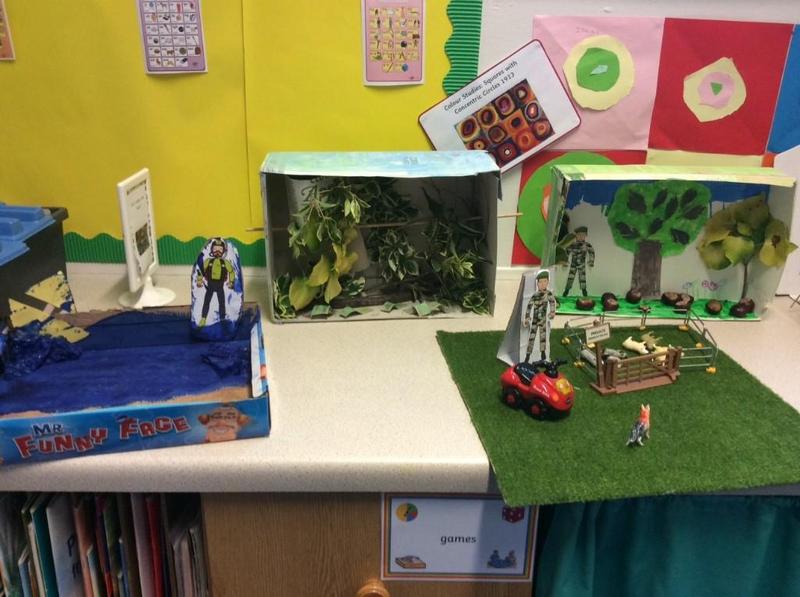 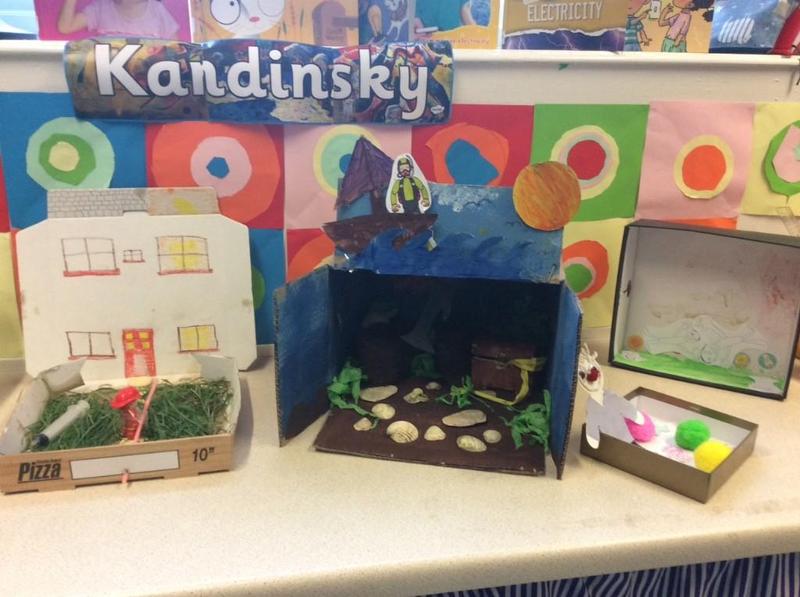 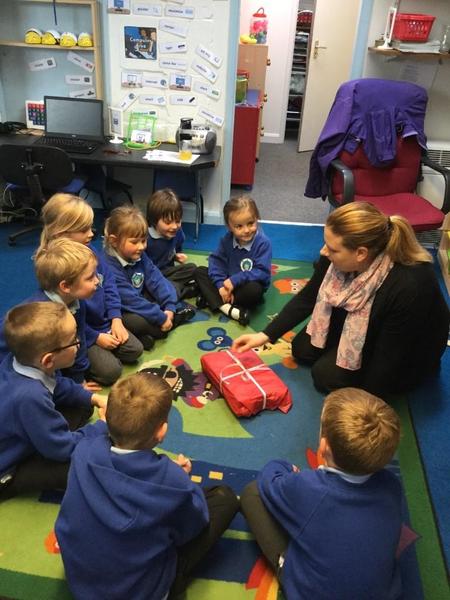 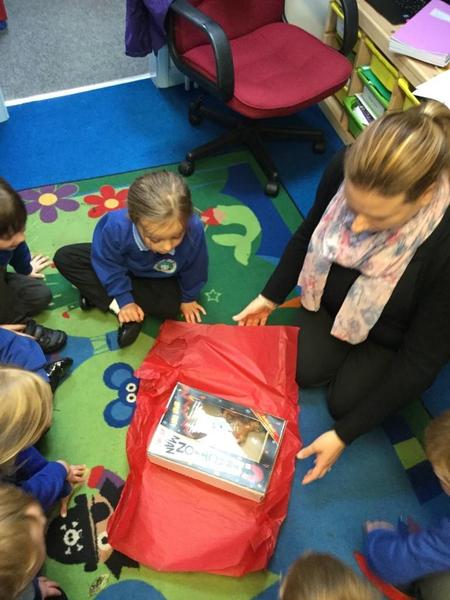 We had a very exciting gift delivered to the children in Class One. We had a lovely surprise of a Traction man, we aren’t sure about where he came from. One of the boys decided we could write a story about his adventures, so that is what we did.

There were some very exciting adventures of traction man. 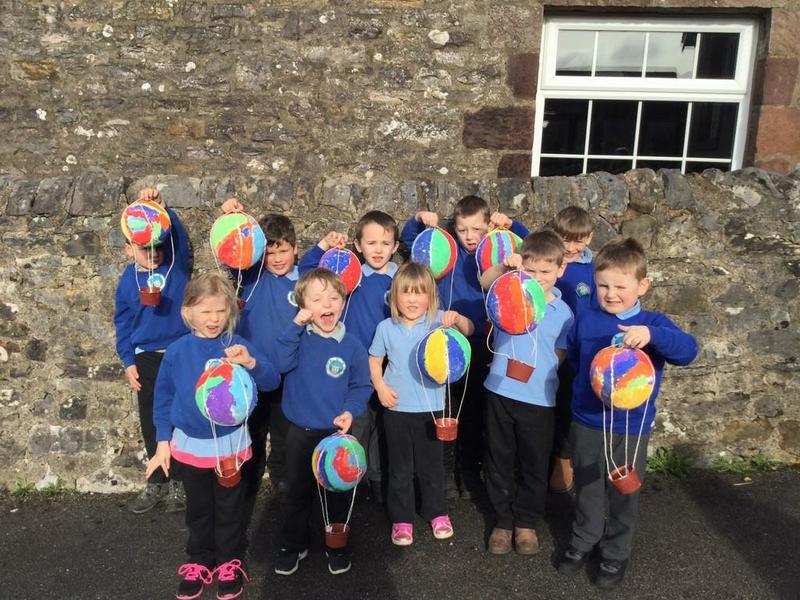 As part of our transport topic we have made hot air balloons. We looked at early flight, the children particularly liked watching clips of failed early flight (where nobody was harmed). We then found out that hot air balloons were the first successful flight device. We went on to find out about the Wright brothers and their first aeroplane. 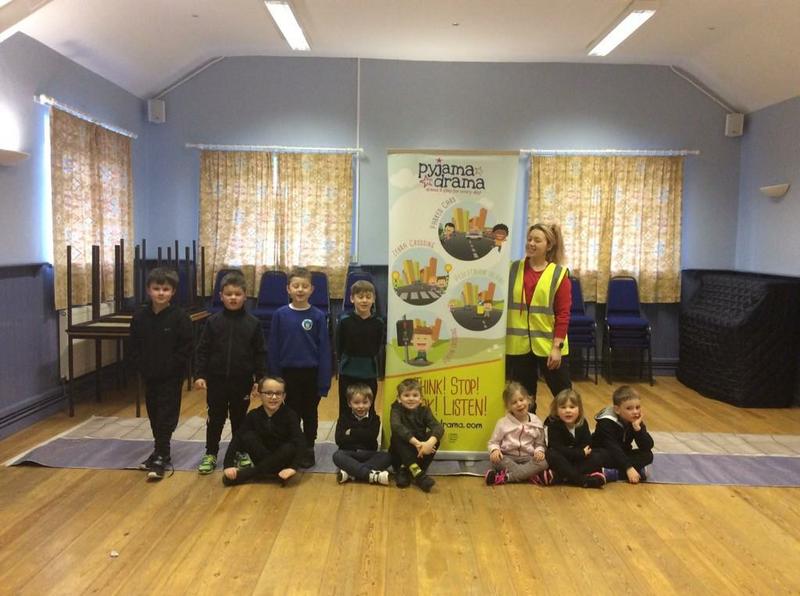 The children in Class One enjoyed finding out about how to use our roads safely. They were learning how to cross the road safely without any distractions through physical activities.

On Monday 4th February Class One visited Tom Maughan's garage to see his classic vehicles. Tom talked about where he got the vehicles from, how he has renovated them and vehicles he has had in the past. The children asked lots of good questions, they particularly liked the tractor. 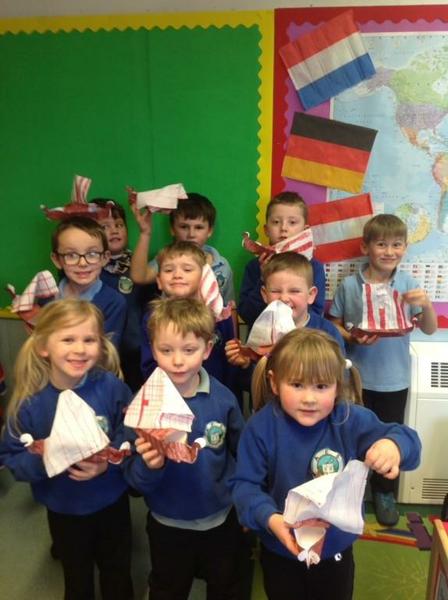 As part of our transport topic we looked at early travel. We found out about how and why Vikings travelled. The children made and designed their own Viking long boats.

Class One have a jam filled week since coming back to school. When we got the jam out of the cupboard on the first day after the holidays we found someone had eaten it all. We all had lots of ideas about what had happened to the jam. We then found out it was Jampires so we set traps to try to catch them. The Jampires wrote a letter to say sorry for stealing our jam. They also brought us some jam doughnuts, pastry and new jam to make jam tarts. We wrote a re ice yesterday and made them today.

As part of our capacity work we have created potions, the children investigate the capacity and volume of various containers. We then wrote recipes for our own potions before creating them. They were very spooky potions.

The Story of Pirate Tom 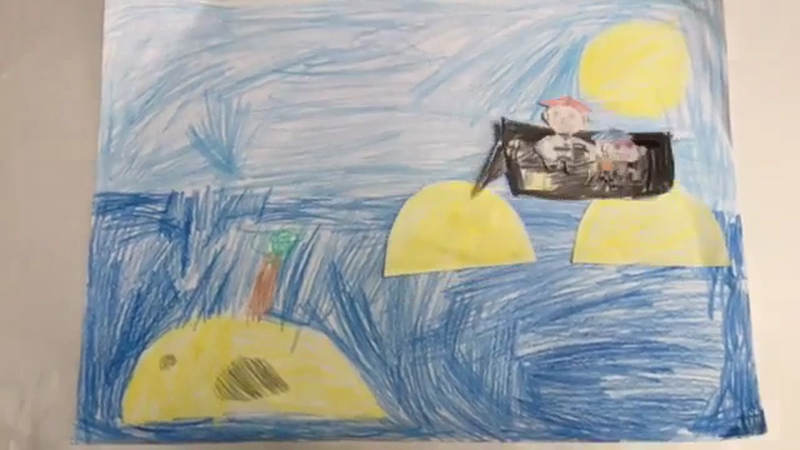 The Class One children have made two short films about ‘The Story of Pirate Tom’. This is the focus story for English, the children are able to retell the whole story to go along with this film.

The Story of Pirate Tom 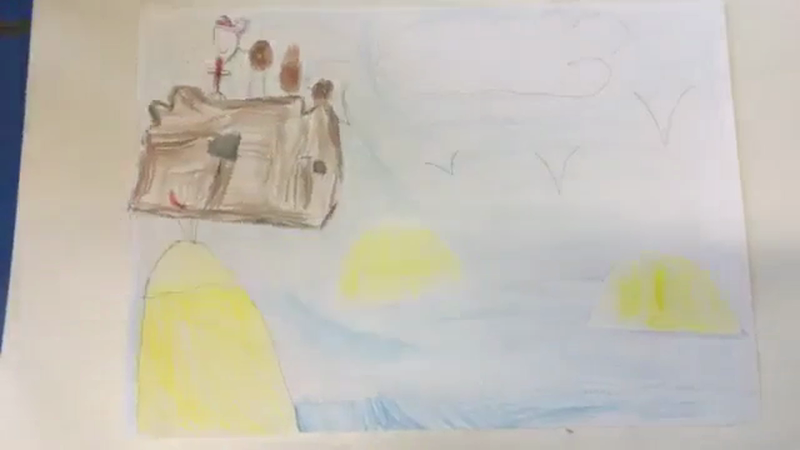